Last Friday, I was found guilty of ‘hate speech’ for two trials in Belfast, Northern Ireland.

Much to my amazement, when myself and the three other men who stood trial with me went back to the court last week for judgement, they were all acquitted and I was found guilty! 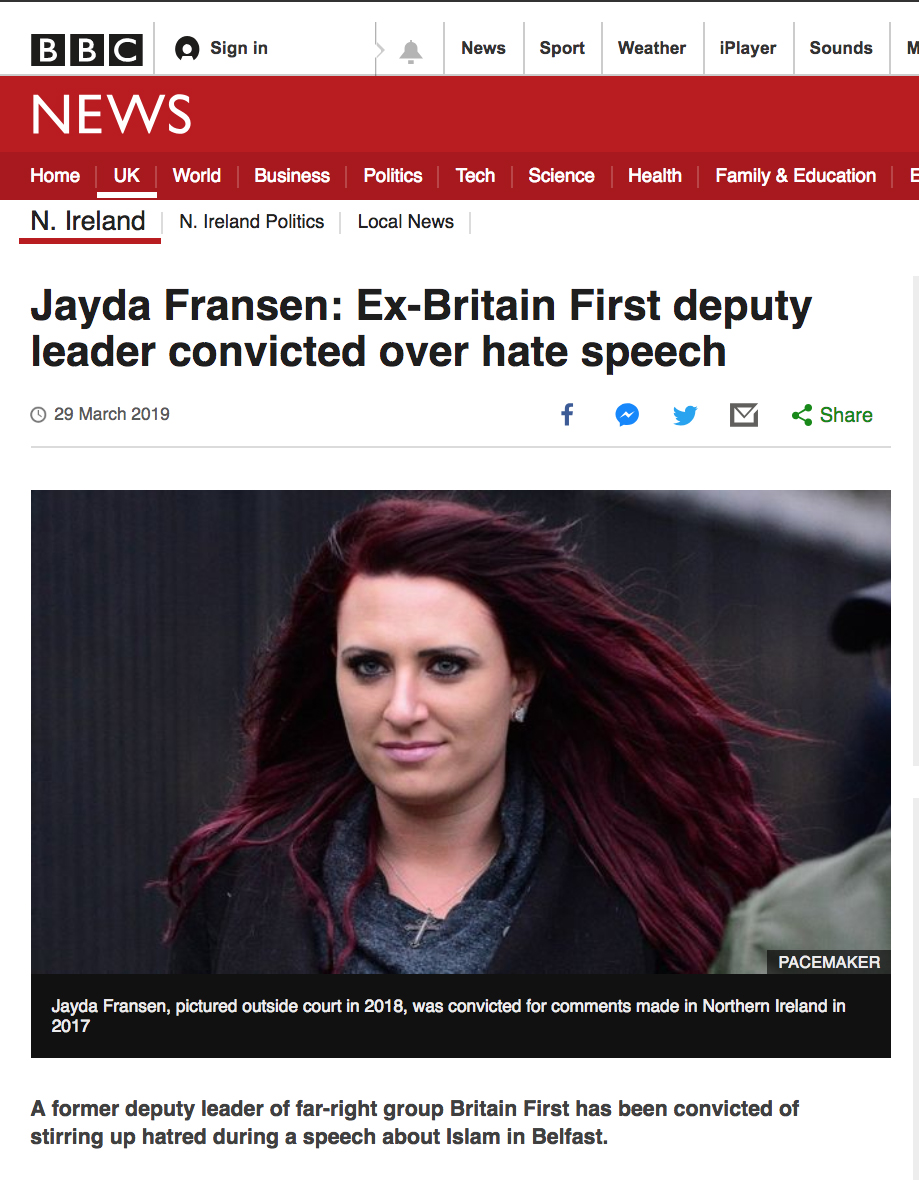 The Judge ordered that I was given Conditional Bail meaning I MUST remain in Northern Ireland.

As a result of those Bail conditions I was unable to attend my Hearing in England this week.

I had been Summoned to Bromley Magistrates Court in London, England to answer SIX further counts of Breaching my Probation Supervision Order.

Here is a copy of the Summons and it sets out the alleged ‘Breaches’: 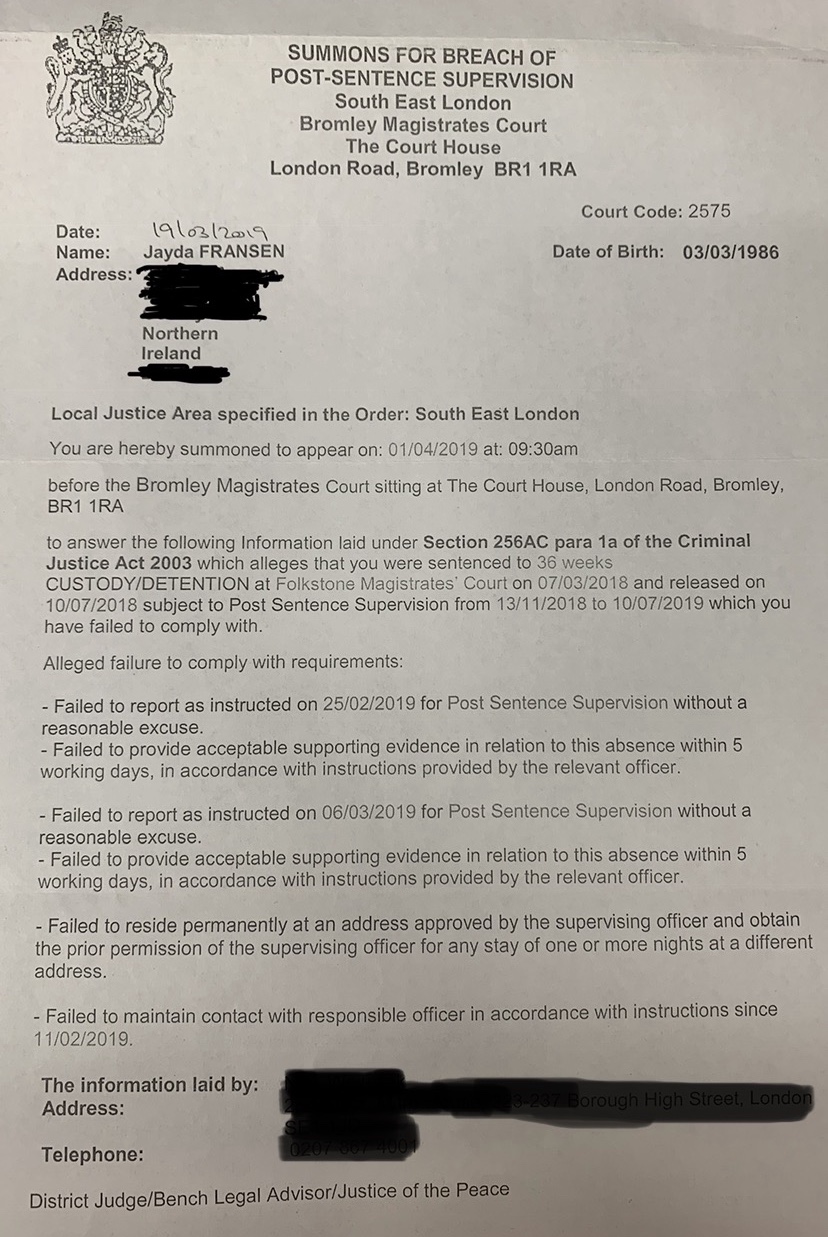 As you can see, these ‘Breaches’ are for ‘failing to attend appointments’ and ‘failing to live at an approved address’.

But the ‘appointments’ are in London and the ‘approved address’ is a hotel in England!

My home is in Northern Ireland, it is where I belong and I pay my mortgage to keep that roof over my head.

I cannot afford to pay to live in a hotel room every night for 8 months just to keep my Probation Officer happy!

Could you afford to do that Hans?

Last time I was in Court in England, they ordered that I must stay in England, even if I had to sleep rough!

I am not safe living on the streets in England. I have received numerous death threats – including razor blades in the post – and I have been physically attacked!

So I came home to Northern Ireland.

Now the Probation Service are dragging me back to Court in England because I have refused to make myself homeless and have not attended appointments in a different country!

Each of those ‘Breaches’ carry a prison sentence of 2 weeks – so when I show up for Court, I could be jailed for 3 months… just for living in my own home!

Thankfully, the Court have adjourned the Hearing until the end of the month.

This does not mean I will not be jailed, but it means I get a few more weeks of freedom.

I am going to spend that time trying to compile the very best legal defence I possibly can to try and avoid prison.

After serving 9 months inside last year, I can honestly say I don’t EVER want to go back. 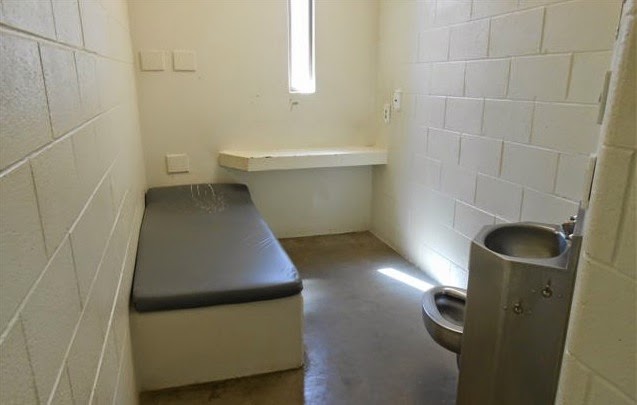 I have struggled over the past year, with no financial support and no way to fund my legal cases.

Finally, after sharing my story, I was contacted by an organisation who offered to help me.

They are called the Knights Templar Order and they help persecuted Christians.

They saw that I was on the brink of destruction and they have selflessly set up a fighting fund to help pull me out of the hole I have been thrown into by the corrupt British authorities.

They have set up a dedicated page called HelpJayda.Com where people can go to donate to my ongoing fight.

If you are able to chip in Hans, or if you know anyone who can, then please forward them this email and tell them to click this ‘HELP’ button:

At the moment, I need all the help I can get, and I am so grateful for you sticking by me through these hard times.

I will not give up this fight, I made that promise to you all years ago and I will never break it!

Thank you for not giving up on me.

I’ve been summoned back to Court in England!

I’ve been summoned back to Court in England!